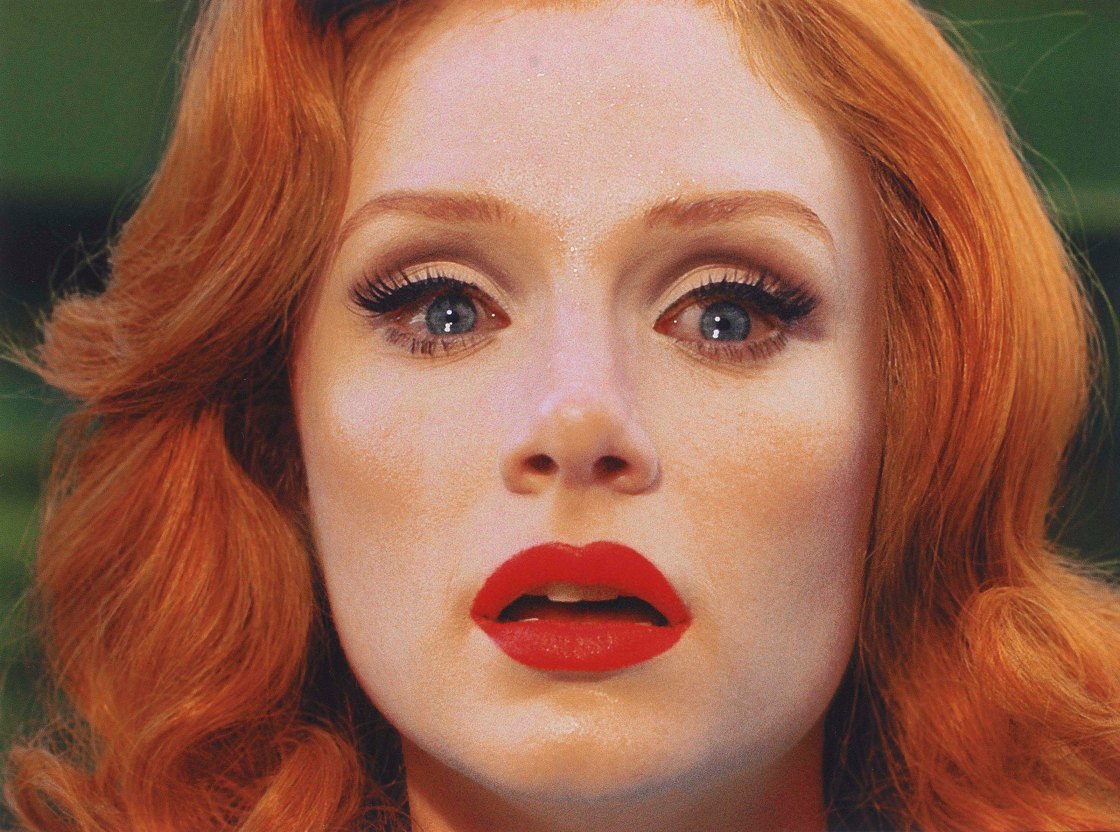 I first came across the work of LA photographer Alex Prager in 2008. Her slick, technicolour images spoke a language of mid century film, fashion and beauty, yet there was an intriguing sense of something darker lurking beneath the gloss and glamour.

The Photographers’ Gallery has curated Alex Prager’s first retrospective show in London, Silver Lake Drive, bringing together key works from Prager over the past ten years (over 40 images and  films), including her first film Despair featuring Hollywood actress Bryce Dallas Howard, which, inspired by The Red Shoes, shows the lead role conflicted by her desire to love and to dance, ultimately taking her own life.

Born in 1979, self taught Prager is a story teller, a stylist and theatrical scene setter. Her work sets the viewer up but the ending is unresolved – just about giving away enough of the story to leave the viewer unsettled, unsure, confused. The ambiguity is thrilling. My brain ends up whirring at the possibilities. 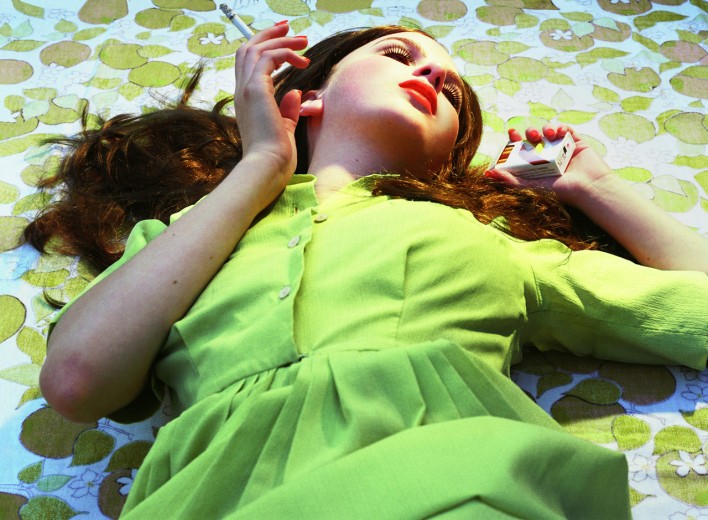 With photography, I like to leave a lot of the story, even to myself.

Her films take us on a longer journey – we’re given more of an insight into the characters as they come to life on screen, with escalating tension, emotion and empathy as their stories unfold. The scale of the work is designed to add to the melodrama; large scale images, full screen projections, some on three walls, immersing the viewer into the film as if one of the cast.

There is often a female protagonist at the centre of Prager’s work. In her latest film Face in the Crowd we follow an initially composed blond starlet (played by actress Elizabeth Banks) as she struggles to at first fit in with the crowd she observes from her isolated window, and as she then becomes overwhelmed and unravels when she becomes part of the crowd of strangers. The change from calm to hysteria is compelling and disturbing.

I wanted to take an intimate look at an individual surrounded by a sea of strangers—and how it feels to get lost in that crowd and become anonymous.

It’s this weird disconnected connection. Maybe that was subconsciously one of the reasons I felt like doing the crowd series now. We’re in a very disjointed culture.

Prager loves to play with narrative, truth and fiction, reality and perception. Theres a strong sense of Film Noir fatalism in her work. As a fan of mid century Hollywood, I love her nostalgic aesthetic; it’s clear she’s been influenced by pulp fiction, directors such as Alfred Hitchcock, David Lynch and Douglas Sirk, as well as photographers William Eggleston (who Prager cites as the reason she took up photograpy) and my all time favourite, Diane Arbus.

Technically, both images and films are brilliant. Prager’s suspense is heightened through the cleverly orchestrated layering of cinematic lighting, music, camera angles and close ups, as we follow the emotional struggles of the female heroine. Prager has crafted every detail to perfection – the script, the casting, set building, even the weather machines. The styling – outfits hired from movie studios – and make up are flawless. Pops of intense turquoise, yellow, red set the stage for a hyperreal saturated Hollywood, which as we all know, is not what it seems – especially for women. 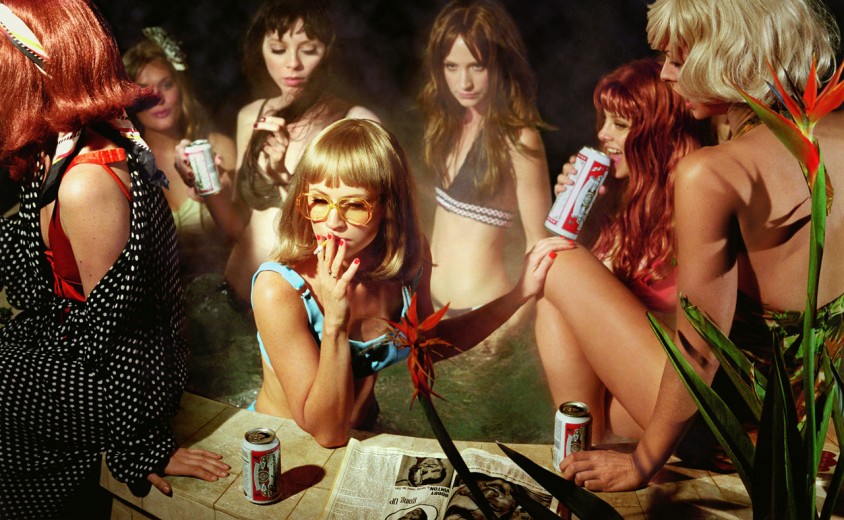 Silver Lake Drive is curated by Nathalie Herschdorfer and is produced in collaboration with the Museum of Fine Arts Le Locle. 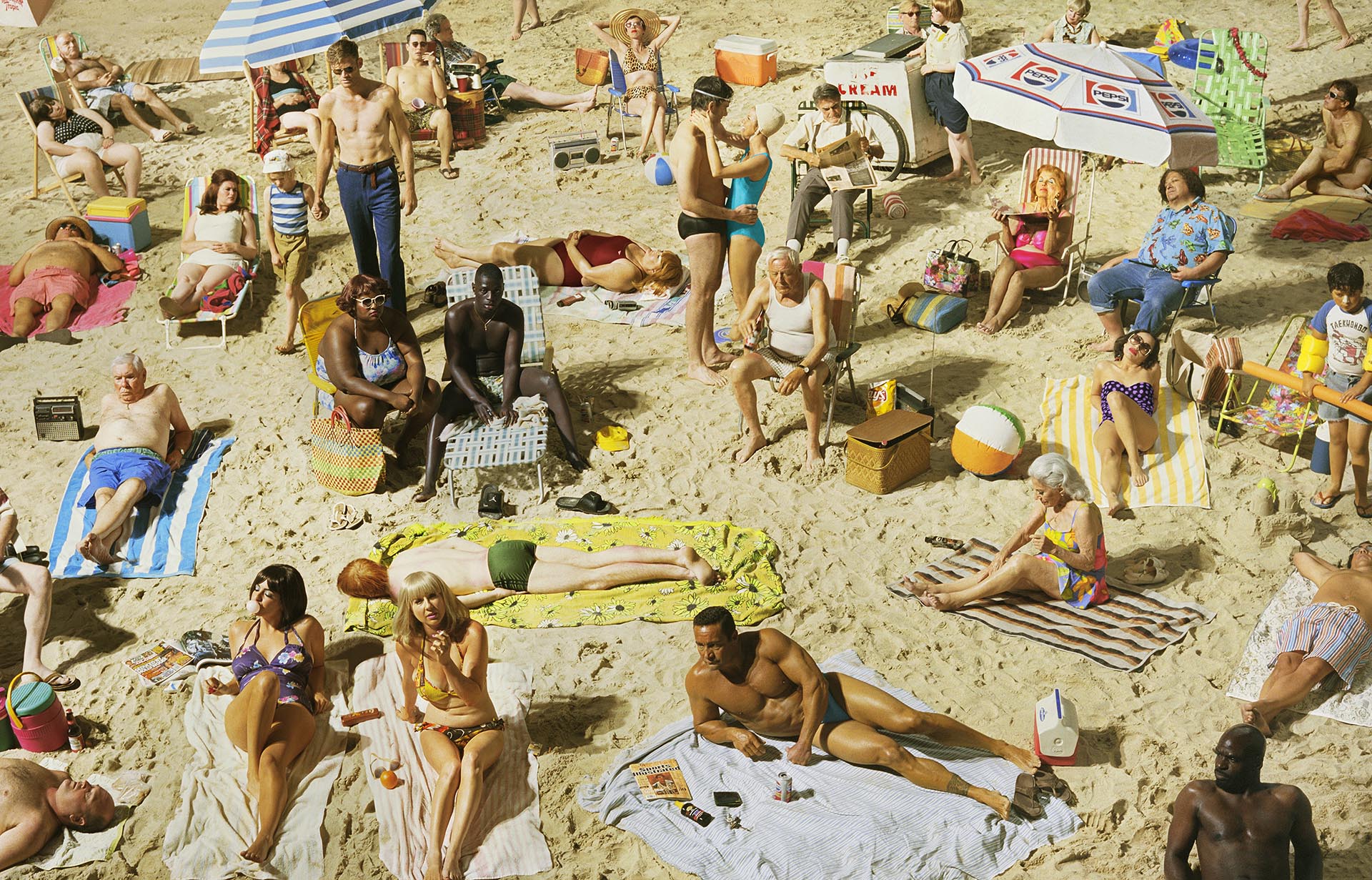 Now take note – if you’re reading this on the day of publishing, sign up to The Photographers’ Gallery Print Sales newsletter as they will be announcing details of a limited edition Alex Prager print next week. Its likely to sell out!

There is also an accompanying book – click here for details